New Words for a New Year 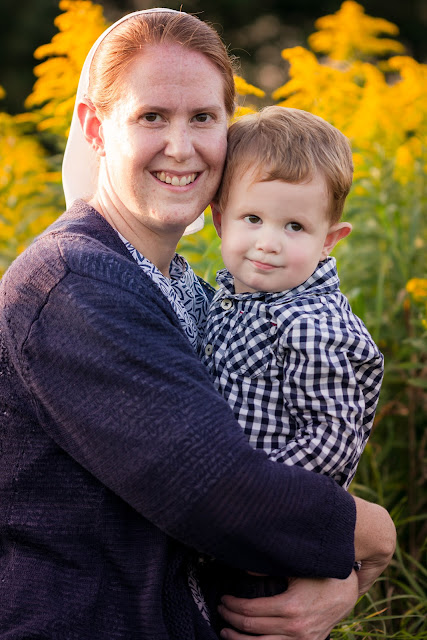 I did something today that I haven't done in months.

I crept into my blog and looked at the stats. In the past, this was something that I did several times a day, pushing the "refresh" button to see how many visitors had stopped by my site and from whence they came.

In my past life, checking stats invigorated me, and seeing good stats or- glory be!- a comment, could spur me on to writing and publishing the next post. It shouldn't surprise me, then, that it had a similar effect on me today.


I would have thought that after this long stretch of neglect, the lines showing the amount of visitors to my site would be rather flat. After all, if the author can forget about her blog, certainly the audience has forgotten it as well. But no, there they were, numbers that puzzled and surprised me. Numbers that fanned a low burning flame.

It was time to get back to writing.

The only problem is where to start.

It has been 15 months since I last published a post, and during that ti…
5 comments
Read more

Standing on Square One

November 14, 2017
You know how it feels when you're playing Candy Land, and you're making progress and feeling pretty good about things, and then you draw the card with the little plum on it and you have to go aaallllllll the way back to the Gingerbread Plum Trees at the very beginning?

Well, that's a little how we're feeling today, and here's why:

We got word this morning that the contract on our house was terminated, and while we certainly knew it could happen, especially after the home inspector went over the place with the perspective buyer, a fine-toothed comb, and a magnifying glass, it still leaves us pretty discouraged.

On top of that, another family that is interested- and has been since August- finally had a contract on the home they're trying to sell and thought they might be able to make an offer on our house, only to have their contract fall through, too.

Gavin shared a piece of gum from his personal pack with each of his siblings, minus Finley.

Parker shared little candy balls from the tiny toy gas pump that he loves to operate, wherein the candy rolls down a small track and lands with a clink at the bottom when you turn a miniature crank on the side of the pump.

Elasa, Gavin and Parker shared a bit of their time and energy with the neighbors across the street by raking some leaves out to the curb, where the leaf truck will vacuum them up later this week.

A friend from church who drove past and saw the children out raking leaves stopped and shared from  the stash of smarties he keeps in his work van, giving them each a pack.

Elasa in turn shared her smarties with Finley, biting them into small pieces to make them more consumable for a one-year-old.

Parker saved one smartie to share with Daddy upon his return from work.

November 06, 2017
Ever have an urge to write on a rainy Monday morning when it its high time to get school started, and the dirty laundry is giving you reproachful looks, and the beds are unmade and rumpled, and the baby is still in his pajamas even as the clock strikes 9?

I have learned that if there is such a thing as a Writer's Law, it certainly includes this: a writer will always and forever have his or her most inspiring thoughts at the most inconvenient times!

Indeed. Ten times out of ten, my best thoughts for writing come to me either in church, as I am walking into Wal-Mart, or when I am zipping about the house in the midst of a crazy morning when I don't even have time to finish my coffee, much less sit down and write.

This is why setting aside a time every day or even every week would not work for me! Faced with a spot of time when I could actually write, I am always faced with another, darker problem: a blank head!

So what is the solution?

Apparently, some of the time it is t…
1 comment
Read more

September 06, 2017
Thanks to a rainy day, we had the perfect weather for Poetry Teatime.

Thanks to a simple scone recipe, we had the makings of our favorite treat.

Thanks to my Mom, we had the delight of fresh red raspberries.

Thanks to a carton of heavy whipping cream, we had scoops of heaven on our plates.

Thanks to The Random House Book of Poetry, we had a marvelous selection of things to read.

Thanks to homeschooling, we had this ritual at lunch time on an ordinary Wednesday.

Now, there are days when I am quite certain that homeschooling is not for me. I crave quiet and order, and my mornings are anything but.

Rather, I jump from one child to the next, from one subject to another: answering questions here, giving a spelling test there, and often with a cantankerous toddler on my lap all the while who is trying to write on the teacher's key with a pilfered red pencil.

If you envision homeschooling as a calm, peaceful endeavor, with children bent sweetly and studiously over there work while the ba…
1 comment
Read more

School and the First Day of August 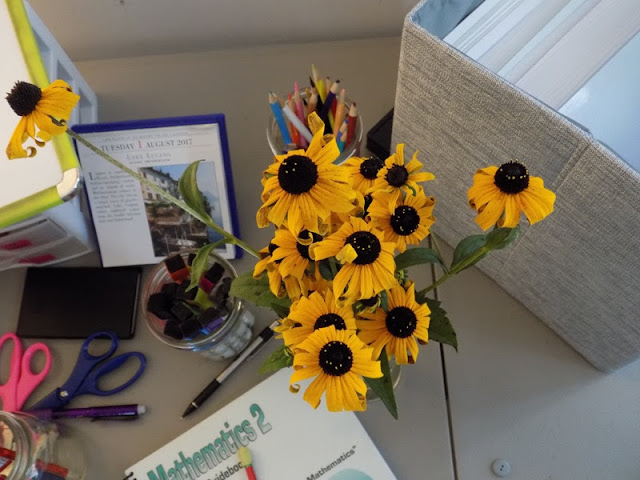 The first day of August seems a bit early in the season to call a halt to summer vacation and get back to school, but since we're still up in the air with our move, it seemed prudent to start sooner than later. The thought is that if we move, I will need some time off and starting early will give some wiggle room, and if we don't move, well, who minds getting out a little earlier in the spring?

I don't feel as prepared for the beginning of school as I would like, but some of that will happen with time as we work out a schedule and learn a few things by trial and error.

I am realizing that homeschooling is an ever-changing scene, and that no two years are alike! Yes, you learn things that stand you in good stead from year to year, but other things have to remain flexible.

Last year I had a new baby; this year I have a very busy one-year-old, a house on the market, and the possibility of a move in the fall.

Last year I had two scholars, this year I have three!

The Most Wonderful Time of the Year 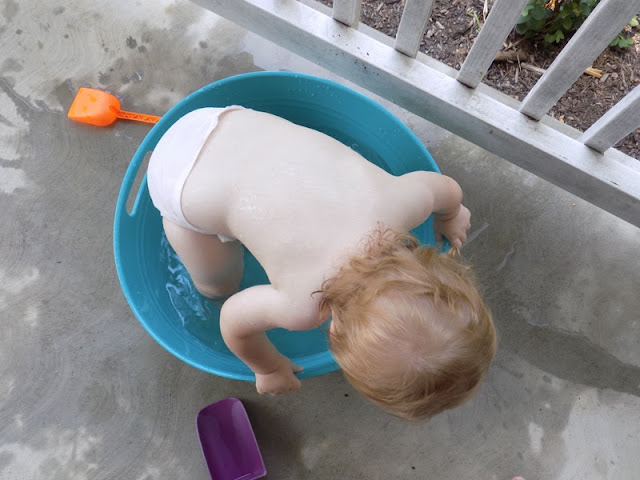 I only know that he was sadly mistaken when he wrote the lyrics to a song claiming that Christmas is the most wonderful time of the year.

Apparently he knew nothing of summertime in Pennsylvania.

And surely he could not have written those words in good conscience if he had experienced fields winking with lightning bugs.

Salty lips after eating corn right off the cob.

The agreeable collision between children and wading pools.

Ice cream in a bowl, on a stick, or smothered in sundae syrup, with the only requirement being more.

The smell of rain on a sun-warmed street.

Meadow tea, the most refreshing drink in the world.

Babies who have no need of shoes and who are learning to walk on grass.

A cool shower after a hot work out in the flower bed.

The luxury of lingering over coffee in the morning as there is no math to teach.

Reading books by the drone of the air-conditioner.

hearthkeeper
My name is Joanna and my intention for this blog is to share with you what's brewing in my life! The first thing you should know about me is that I love Jesus Christ and seek to follow Him in every aspect of my life. I also love my husband, my 4 children (ages 11, 8, 6, and 2) and my occupation as homemaker and schoolmarm. The whistle of the tea kettle is one of my favorite things, and when a cup of hot tea can be combined with some good conversation or a good book, I am happy! My figurative tea pot has been filled over & over again with sweet blessings & things that bring me joy. At other times, the infusion is bitter to the taste or the stuff of life grows lukewarm and one feels like just tossing it down the drain. Sifting through the hodge-podge of life gives me a desire to write, and I have chosen this blog as the canvas on which to do that. Thank you for stopping by!